Things have been busy in J&F import land these days, with new vintages flooding through customs and into our warehouse. Some of these wines have been out of stock for a while since the previous vintage sold out, so we’re pretty excited to have them back, better than ever! 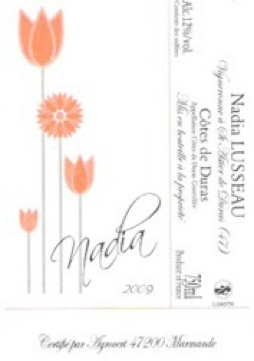 Nadia Lusseau of Chateau Haut la Vigne has been providing us with affordable natural, biodynamic wines for four years now from the Cotes de Duras. Duras is just a stone’s throw from the city of Bordeaux, and this white blend of Sauvignon blanc and Semillon echoes the traditional blend found in white Bordeaux. We’ve actually had this wine in for a while, but felt it was really worth mentioning because it’s much fresher and more balanced than the previous vintage. It also has a very pretty new label to match. This wine was always a great value at a suggested retail of $15-$16, and now is a real steal considering how well it is showing. 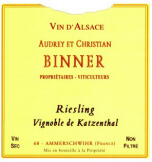 The 2009 Binner Riesling from Katzenthal just came in, and, as is often the case with Christian’s wines, is a mixture of  pungent, exotic aromas and spices with a mineral backbone. Some who’ve tasted this wine blind have been confused into thinking it was Gewurtztraminer because of it’s pronounced nose, but there is never any doubt that this wine speaks clearly of Alsace. Christian never filters or fines his wines, and rarely uses any sulfur, which allows complexities and subtleties to develop that make his wines completely unique and always defy description. You’ll just have to taste it to see what we mean!

Domaine les Clapas is a very small winery in the Ardeche, close to the Rhône, which has become quite the hotspot of natural wine activity. Some of the producers there have become quite well-known among the natural wine world. Clapas, however, perhaps due to the minute quantities available, have remained relatively unknown and under the radar. Their first vintage was in 2006, and the 2007 vintage of Fesquier we brought in featured some carbonic maceration techniques. Since then, they have gone completely away from carbonic and are doing much more traditional vinification, resulting in a wine with many of the same qualities that wowed us from the beginning, but now with a new richness,structure and body to go along with it. We received just 30 cases of the 2010 Fesquier (100% Grenache) just a few weeks ago, and there’s hardly any left now. If you haven’t gotten to taste it yet, you better ask your sales rep soon while there’s still some time. At a suggested retail of $18-$20, this wine is an incredible value and is sure to fly off the shelves. This winery is fast becoming one of our favorites!

The 2010 vintage of Olivier Cousin’s Grolleau has finally arrived! We’d been out of stock of the 2009 vintage for many months now, so we’ve been hotly anticipating this arrival. If you haven’t encountered Grolleau, it’s a grape that is fighting to survive, and many natural winemakers in the Loire have taken up its cause. They all believe that Grolleau, as an indigenous grape of the area, was meant to work well with the soil there. Most people are only familiar with the grape as a cheap blending varietal used to make Rosé d’Anjou. Robert Parker has famously told winemakers in the Loire Valley to rip up their Grolleau vines and replace them with other varieties such as Cabernet Franc and Gamay. This is probably due to the fact that most Grolleau is grown to produce very high-yield, low-quality wines. When Grolleau vines are old, however, like in Olivier’s cuvée, and yields are kept in check, it makes a beautiful wine, often similar in structure to Gamay but featuring much more rusticity and spice. This 2010 vintage is showing better than ever and was definitely worth the wait!