We present the wines of small vineyards in this competitive worldwide market, in order to defend an endangered species — winemakers who work like artisans, crafting a different wine each year. They do not impose a preconceived taste on their wines, but look to be surprised by what nature gives them — natural wines.

Natural wines are low-tech or no-tech. These are handmade wines in the truest sense from a group of passionate winemakers that go one step further than organic and biodynamic producers by using organic methods in the cellar as well as in the vineyard — meaning no laboratory yeasts, enzymes, sugar, artificial concentrators, acidification, or sulfites are added during fermentation, and the wines are aged and bottled without stabilizers, or excessive filtering or sulfites.

Equally important, these grower-producers take special care to reduce yields, handpick the grapes, avoid pumps or other rough treatment of their harvest, and plow the earth between the vines, which forces the roots to dive down deep in a thirsty search for terroir.

This philosophy of winemaking differentiates these wines from the all too common taste of technology-driven wines, and offers us what wines should — mystery, romance, and adventure!

We created Jenny & François Selections in 2000. We distribute our wines in New York ourselves, through USA Wine Imports. We also work with fabulous distributors in other states across the USA. We feel close in philosophy and goals to movements such as Fair Trade and Slow Foods, as well as environmental movements. Our hope is that Jenny & François Selections helps passionate winemakers, who respect the environment and high standards of quality, to continue what they do by bringing their wines to the United States. We love to educate about natural wines, and share our excitement for these wines with passionate wine professionals and individuals across the US. 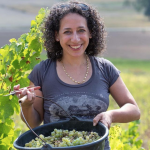 Jenny Lefcourt, a native New Yorker, originally landed in Paris to study French film during her PhD at Harvard. After many visits to Paris wine bars and vineyards throughout France, all paths led to wine instead of academia. Jenny runs the company out of our TriBeCa office in NYC. She lives on the Upper West Side with the talented photographer James Robinson and their daughter, Zoe, born Feb. 2012.

Check out 750’s Profile of Jenny Lefcourt and her Natural Wine Legacy.

Check out Levi Dalton’s interview with Jenny on Episode 27 of the I’ll Drink to that podcast. 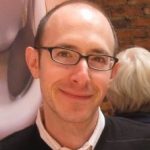 Scott Pactor opened Appellation Wine & Spirits in Chelsea, one of the nation’s first stores to focus on organic, biodynamic and natural wines in 2005. The store was an early and enthusiastic supporter of Jenny and Francois’ portfolio. Appellation closed in 2016, but Scott has remained an avid imbiber and proponent of natural wines and is thrilled to join the team in an operations role. Scott lives in northern Manhattan with his wife and two kids and enjoys bike riding with them to the tip of the island during his free time. 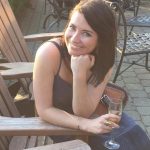 Florida transplant, Ashley Cohen moved to Brooklyn in 2011 after graduating from Florida State University. Since living in New York, she has worked in Film/TV Production, Brand Marketing and Event Producing. She is thrilled to transition her passion for natural wine into a career by joining the Jenny and Francois team and working with producers she has admired for so many years. In her free time you can find her with her three legged pitbull Verona, roller skating in Bed-Stuy and attempting desperately to keep her garden alive. 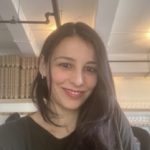 Born and raised in Italy, Sara Severi has a master’s degree in foreign languages and literature from the University of Milan. She moved to New York in 2007 to open the US office of an Italian media research company and later ran the operations of a skincare brand in Brooklyn and managed the New York representative office of the Bank of Italy. She is now pursuing her interest in wine, and putting her WSET certificates to good use in the J&F office!
Sara lives in Spanish Harlem with her husband and two cats. She loves sport, food, travel, and reading, among other hobbies. She played soccer in her younger days and was the European karate champion in 2007. 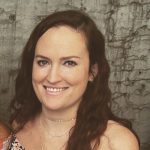 Born and raised in New York, Clare Wise attended Ithaca College where she received a bachelor’s in Creative Writing and History. She has spent the last 8 years living in Florida and has recently moved back to New York. Since graduating, Clare has spent her time working in the hospitality industry and is looking forward to broadening that experience into the wine industry. In her spare time, Clare can be found with her two rescue shih-tzus, reading the latest mystery novel or exploring the city with friends. 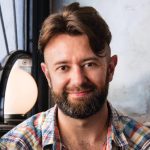 Nick Gorevic had his first taste of Natural Wine (Marcel Lapierre’s Morgon) in 2008 and hasn’t looked back since. Shortly thereafter he made a pilgrimage to France with his wife, who was getting her masters in French, where they lived for a year. He worked the harvest at Chateau Cambon (Domaine Lapierre’s second label), and spent the time attending every Natural Wine Tasting he could, and visiting every Winemaker he could find. When he returned in the fall of 2010 he sought out Jenny with a desire to bring what he learned to the New York City wine scene. He lives in Brooklyn with his wife and daughter Lila, born in February 2012 and he consults on the wine list at June, a natural wine bar in Cobble Hill, Brooklyn. Nick is also responsible for the design of this website. 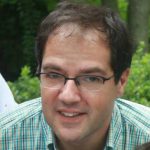 Phil Sareil began his career in wine in 1987 working in Kermit Lynch’s now-famous Berkeley wine shop. In 1988, he tasted Marcel Lapierre’s wine at his uncle’s house in France, and after he showed the wine to Kermit, he began importing Lapierre in 1989. He worked the harvest at Domaine Lapierre in 1997, and after that moved to New York to work in wholesale wine distribution. During that time he worked for Winebow, Polaner Selections, and finally at Kermit Lynch as a regional sales manager. After 30+ years in the trade, Phil is as passionate as ever about wine and Jenny & François Selections is a perfect fit to continue his passion.

Check out Levi Dalton’s interview with Phil on episode 94 of the I’ll Drink to that podcast.

Daniel Sutton began working at a wine shop while studying for his degree in Economics at Michigan State University. During that time, he also worked in various fine dining establishments and enjoyed many nights of cooking meals, playing music, and drinking wine with friends. It was then that his love of good wine and food evolved into a profession. In 2007, Daniel moved to New York, where he managed and purchased for one of New York’s oldest wine shops, and then worked as a sales representative in New York City. Daniel joined Jenny & Francois Selections in 2014 and is excited to manage national sales. In his spare time, he enjoys playing the accordion, mushroom hunting, long distance running, and watching Mich St. Basketball. 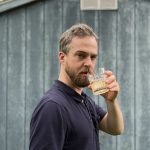 Hailing from the Everglades of South Florida, John Shirk’s first job out of college was as a valet in Philadelphia. On Sunday afternoons, he would migrate next door, with all his tips, to Tria’s Sunday School, an educational happy hour at the Philly wine cafe. Jacques Puffeney’s Arbois Trousseau was the first wine that felt different. Shortly after that glass of wine he joined the Tria team and leaned into a career in restaurant hospitality and wine education. His career followed the path of honest wines at The Four Horsemen, Rule of Thirds, Momofuku Ssam Bar, or Marlow & Sons. Outside of his passion for sharing wine, John enjoys illustrating, foam rolling, and making his partner, Cara, laugh. If you see him on the streets, don’t worry, he’s got a wine key. 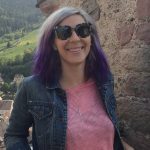 With a degree in Environmental Studies and several years working as a chef under her belt, Leah Rinaldi feels right at home amongst the wines at Jenny & Francois. After a visit to Alsace to spend time with Christian Binner and his wines, Leah decided to leave a career in corporate events to follow her passion for natural wine. She immersed herself in the natural wine culture of Australia during a three-month sabbatical, before returning to Brooklyn to work for Jenny & Francois. When not drinking natural wine, Leah can be found rock climbing and telling dad jokes. 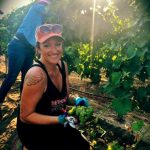 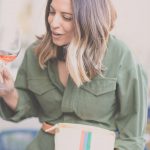 Alyssa Mancini, our New Jersey Sales Rep, grew up in NJ and went to a fashion college in New York City. She has worked in restaurants since the age of 15 and fell in love with the nuances of natural wine while working in a gastropub near the beach. What she loves most is how the stories behind these small artisans reflect in the end product. When she is not selling wine, Alyssa makes sustainable clothing and sells vintage out of an Airstream. 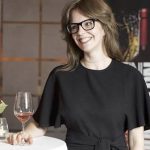 After moving to New York to attend the Juilliard School and earning her BFA, Mary Allain found that her part-time job in restaurants had sparked a real interest in the world of wine. She earned her certification through CMS and began working full time as a sommelier and then beverage director, and has loved being a part of such a robust and resilient restaurant community. Mary is excited to bring her zeal for hospitality to the sales side of wine and proud to be working with many of the producers that helped shape her passion for natural wine years ago. 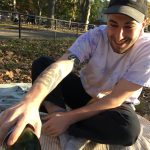 Aaron Vaslow studied Environmental Studies at Lehigh University before working for the park service in Yosemite National Park. His connection to natural wine did not come from the glass so much as the ground. After years as a somm and buyer in New York restaurants, it was a philosophical connection to the farmers and vignerons that excited a desire to dive even deeper into wine. He lives in Greenpoint with his partner Alyssa, and their rescue dog Rusty. 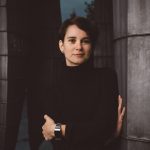 Lucie Kohoutová is a writer, wine marketing consultant & event organizer. Her love affair with wine started during a sabbatical spent as an au-pair in Paris, grew during a long stunt with a French wine importer in Prague (Czechia), and turned into a “happily ever after” relationship with the discovery of natural wine, as the story often goes. In addition to her 15+ years of wine industry experience, Lucie has a Master’s in Media Studies, worked 4 years in e-commerce, is a freelance journalist and co-founder Druzstvo, a popular natural wine pop-up party. Besides taking care of all things online at J&F, Lucie loves Balkans’ brutalism, Italian cemeteries, British cats, and dodgy railway station pubs all around the world.