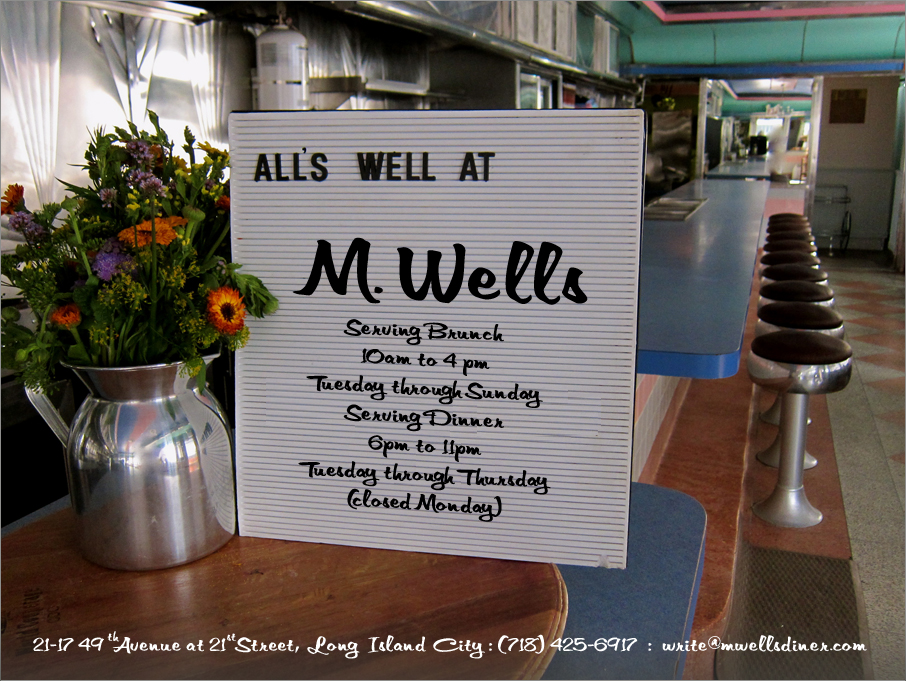 M. Wells Diner has become one of the hottest spots to eat in the outer boroughs. This is sure to only intensify after the recent glowing New York Times review they received from Sam Sifton. We first became acquainted with Hugue Dufour, the co-owner and chef, thanks to Minervois winemaker Alain Rochard of Loup Blanc. Alain splits his time between the Languedoc, where he makes wine, and Montreal, where he runs a fabulous classic French restaurant called Le Continental. Alain met Hugue while he was working at the famous foie gras and porcine-shrine, Au Pied de Cochon. When Hugue moved to New York to open a restaurant, he called us up to bring in some of Alain’s wine, and a great match was made. We wanted to sit down and have a brief chat with him about his philosophy on wine, and here’s what he had to say:

“I love good wine, and it happens that most of the time the wine that is good happens to be natural. Most of the time these wines are a little bit funky, and here we’re all over the place: we have Korean dishes, Russian dishes, there’s a lot of different flavors. A wine like a great Burgundy, that kind of wine calls for a nice piece of meat, it’s too classic. I want people to have fun. Like these wines, you can have them by themselves, naked on a leather couch, and be happy. And then we have comfort food to go along with that. I’d like to build a great cellar of these wines, and we’re working towards that, to be a reference for these wines in Queens.”

Here’s some more great press M. Wells Diner has been raking in: