Tony Coturri is a 3rd generation California winemaker, a Jazz aﬁcionado, a motorcycle enthusiast and an outspoken advocate of natural winemaking. The Coturri winery has never and will never use grapes treated with pesticides, fungicides or herbicides. The story of this dynamic winery began when Enrico Coturri immigrated to America with $10 in his pocket. Upon arriving in SF he worked as a barrel cooper and helped rebuild the city after the devastating earthquake in 1906. Enrico taught his son Harry “Red” Coturri the Italian winemaking methods that he brought with him from the village of Farneta, Italy. Red founded the Coturri winery in ’79 with his sons Tony and Phil. Tony has been making wine since ’64, he now runs the winery and is in the process of teaching his son, Nic, the craft.

Enjoy a quick introduction story on Tony and his wines

Cabernet Sauvignon Testa: — Back to the top 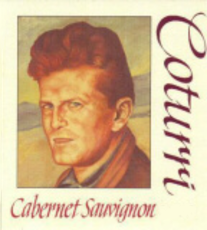 Tasting Note: The 2005 Testa Cab is made from very small berries, exhibiting the silky skin tannins that carries its remarkable fruit. A dense, dark wine that is brooding and appealing. This wine has excellent cellaring potential, but can also be consumed now. 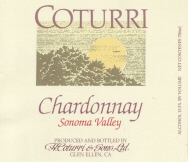 Chardonnay: — Back to the top

This Chardonnay was grown on the floor of Sonoma Valley in a vineyard owned and maintained by a great friend of the Coturri’s, Nick Grebben. The vineyard is certified organic, and Nick is firmly committed to the Coturri philosophy.

Tasting Note: This full-bodied Chardonnay is golden in color, and carries yeasty and fruity aromas with a finely textured middle, finishing with food friendly acidity.

Carignane Testa: — Back to the top 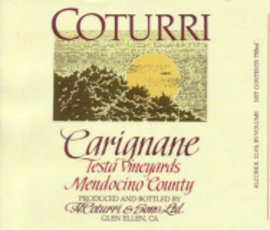 Vinification Method: No SO2-no inoculation with sulfites, yeast cultures, no use of concentrates to boost sweetness, no added water, acids, or other manipulation. A stemmer-crusher is used that delicately crushes the grapes. Gravity transfers the “must” that goes into classic fermentation tanks which are covered with white sheets, and Caps are pushed periodically by hand. The 1-ton straight-sided redwood tanks ferments for 7-10 days. Two fermentation tanks of “must” are bucketed out into a basket press and the new wine runs freely into the barrel. The remaining “must” is then lightly pressed out, producing ~150 gal. of wine. The “pomace” is used as compost. The wines ages in reconditioned 60 gal. French Oak for 12-24 mths. During this time, the wines are racketed, hand bottled, corked and labeled. No fining or filtering is done.

Tasting Note: The 2005 Cab is made from small berries that exhibits silky tannins that carries its remarkable fruit. A dense, dark wine that is brooding and appealing.

Pairing: This is a classic Cabernet of yesteryear, that wants to be paired with an aged steak, grilled eggplant brushed with olive oil, or a decadent chocolate dessert. 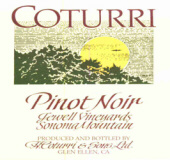 — Back to the top

Tasting Note: Light ruby in the glass with a very full-bodied palate. It has the classic structure of Pinot, the proverbial “iron fist in the velvet glove.” Mushroom and barnyard aromatics on the nose, while bright Bing Cherry dominates the palate. The wine finishes with vibrant fruit and zesty acidity.

Petite Sirah: — Back to the top 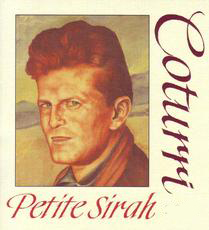 Age of Vines: The vines were planted in 2001

Tasting Note: The dry-farmed 2008 Petit Sirah is grown on the Testa Ranch in Capella Mendocino. The vines were planted in 2001. While being young vines they have adapted quite well to the soil and climate conditions, and show tremendous terroir and balance. The vineyard drains both rainwater and air well, this could be seen in 2008, a year of terrible fires in Mendocino, where there was no influence to this wine from the smoke. Mainly because the air moves so well through the Petit Sirah – an interesting note about Petit Sirah in general. We all love Zinfandel and the story that it’s California’s own grape. Wherever Zin came from it has adapted quite well to our soils and climates to become in a sense a native variety, this can also be said of Petit Sirah. The origin of the grape is somewhat unknown. It too has adapted quite well to California and is unique to the place. There isn’t any international Zinfandel tasting as well as there isn’t any for Petit Sirah either. The Testa Vineyards are certified organic and were established in 1906.

Pairing: The dark fruit and balanced tannin make this a perfect companion for grilled duck in a cherry sauce, roasted pork, or dark chocolate. 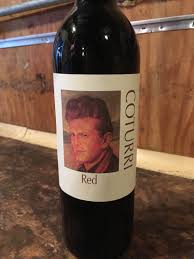 Red NV (fka Sandocino)  — Back to the top

Cellar: Grapes were manually harvested and destemmed, and fermented in used barrels. The wine was aged in oak barrels and bottled unfined, unfiltered, and with zero addition of sulfur.

Personality: fruit-forward, balanced serious red with a pleasant body and slight oxidative notes from the older vintages. It will challenge your palate, as Tony says himself (in this video)

Zinfandel Estate: — Back to the top 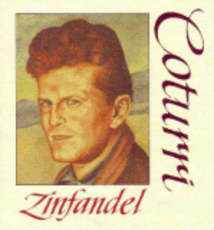 Tasting Note: Blue black in the glass with loads of ripe plum, black cherry juice, sweet herbs, brambles, and a note of strawberry jam. The palate is a concentrated and delectable expression of ripe California fruit with loads of ripe red and black berry on the attack. The mid-palate carries more ripe cherry flavors followed by a note of bramble that lingers on with a zesty finish. This is an elegant and powerful red.

Young Carignan: — Back to the top 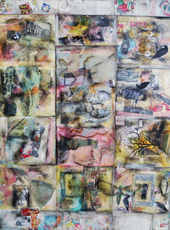 The Young Carignan is a special, nouveau style wine Tony made, and we think his words describe it best:

The grapes for the Young Carignan were grown in an certified organic vineyard east of Hopland in Mendocino County. The vines are dry farmed from the planting. The initial root stock was never irrigated. This is a monumental endeavor. The ground can’t be too wet or the root stock will rot, or too dry as they will wither. The knowledge to do this is very rare. Also the grape-growers did their own field budding, almost as old school as you can get, no bench grafts! The soils are full of clay at this vineyard, and all the vines are head pruned. The vineyards are laid out in diamonds rather than squares so the area around the vines can be dissected three ways thereby eliminating hoeing around the vines. Working weeds on the vine row is one of the most expensive operations in the vineyards. Hence the reliance of conventional growers on the despicable Round up.

While the continuing drought of 2015 was very scary and damaging, the fruit from the dry conditions was phenomenal. The fruit was picked ripe but at lower sugars. The Carignan in this wine came in at 23.5 Brix, fully ripe in both sugar and acidity. I have not make a Nouveau style wine like this in the 36 years we have been in business. Nor the 20 odd years making wine before being bonded. The conditions were never right. I truly see this vintage as a gift from God.

The 2015 Young Carignan was bottled 3 months after it fermented. It’s a blend of 91% Carignane, 5% Syrah and 4% Zinfandel. Fruity, purple and very drinkable this wine has been a hit for us. We choose clear bottles and not putting a capsule on the neck to tell the consumer drink me now, don’t forget me in the cellar.

Kaye Syrah: — Back to the top 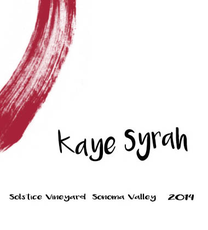 The Kaye Syrah was a special one-time winemaking project between ours and Tony’s friend Andy Besch. Andy was visiting Tony when a parcel of Syrah grapes became available and Andy jumped on the opportunity to make his first wine. The results are spectacular, and we hope Andy will continue to follow this passion!

Vinification Method: Grapes were manually harvested and destemmed, and fermented in used barrels. The wine aged in barrel for about 9 months during which, gentle manual punch-downs were performed. The wine was bottled unfined, unfiltered, and with zero addition of sulfur.

Albarello: — Back to the top 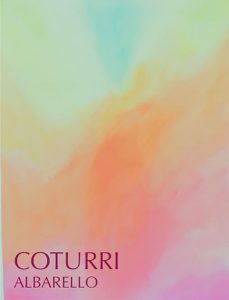 Vinification Method: Grapes were manually harvested and destemmed, and fermented in used barrels. The wine was aged in oak barrels and bottled unfined, unfiltered, and with zero addition of sulfur.