The Chuggable Side of Rioja

“We want fresh, fine, natural wines, with fruit but also good aging potential. Hence we only use the oak barrels if the wood complements the wines, not to disguise them. And sometimes, we don’t use them at all,” explains Luis Arnedo, the founder of Bodegas Lacus. It’s precisely this philosophy that has drawn us to his wines when tasted at La Dive Bouteille a couple of years ago. You won’t find the heavily oaky, almost balsamic or vanilla notes that are otherwise typical for Rioja wines here; Bodegas Lacus is a fruit-forward affair with immense drinkability.

No wonder Luis calls his wines Inédito (Spanish for “previously unseen, unpublished”). You can also read this name as a nod to the fact that, when making wine with little to no intervention, each vintage is an original, with the wines revealing the nuances of that particular growing season. “We have what we have, and we do not want to change its characteristics or its typicity. We simply want to do things the best we can,” Luis confirms his philosophy.

The wines come from their own vineyards, as Luis is lucky enough to be a fifth-generation winegrower. His grandfather and father both planted vineyards from the 1960s onwards, originally with the aim of selling grapes to other local wineries. When Arnedo took over the family business, he decided to bottle the wines under his own label, which is how Bodega Lacus was born in 2007. He has continued to plant some new vineyards himself since then, which now translates to some 15 hectares of his own, verdant with the typical varieties Tempranillo, Garnacha, and Graciano, and also some white grapes.

The vines are looked after in a very sustainable manner, using no chemical fertilizers or herbicides, with the pruning and all the “green works” done by hand. The harvest is done manually as well, to allow for gentle manipulation of the fragile grapes, as well as for selection. Luis actually had multiple opportunities to expand his operation, but he decided to keep it at a scope that allows him to have more hands-on control of both the vines and the cellar. Aided by Olivier Rivière, a French-born winemaker and consultant who also makes his own wines in Luis’ cellar, Luis brings to life wines that are succulent, youthful expressions of the venerable Rioja tradition.

The estate’s flagship red, whose name symbolizes the three typical grapes of Rioja used in its blend. 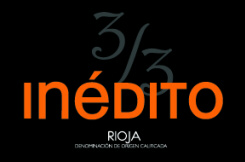 Winemaking: The grapes are hand-harvested and sorted, before being vinified separately. Short pre-fermentative maceration, spontaneous alcoholic fermentation at controlled temperature not exceeding 25 degrees Celsius in order to preserve freshness and fruity character. After a gentle press, the wine spends ages on its own lees in stainless steel tanks. The wine is lightly filtered before bottling and spends a further couple of months to round up in the bottles before being shipped.