Winemaking: spontaneous fermentation, aging in tanks, no filter, no fining.

Zeit (“Time” in German) is a new exciting addition to Jenny&Francois’ labels, providing wines made exclusively for us that are kind to both nature and your budget. Karl Fritsch, the winemaker behind these succulent Zweigelt Rosé and Gruner Veltliner wines, brings an especially terrific value to the table and has been fully dedicated to biodynamics since 2006. “The grapevine and the winemaker are both parts of a universal and balanced system. The soil, the location, the climate influence every single vine; I, as a vintner, endeavor to create a positive supporting influence for these natural gifts and givens during the periods of rest, growth, and gestation,” Karl describes his role and winemaking philosophy. He does so through the careful addition of selected natural substances such as teas and other biodynamic preparations, by respecting the lunar phases, the vitality and composition of the soil and its microorganisms.

The reasons behind this meticulous work are pretty straightforward: “Improving these conditions has a direct effect on the terroir and therefore the taste and character of the wine – if we want to showcase the beautiful old sites we have, this is the best way to go,” Karl says. There’s a pretty long experience to back up his beliefs: Karl made his first wine in 1992, at the age of 24, and took the helm of the family estate from his father seven years later, in 1999. Since then, Karl has gradually turned the domaine into a minimal-approach winery, and in 2005 became one of the founding members of the Respekt-Biodyvin, an association of leading Austrian and German growers who share this respectful cultivation philosophy.

The estate is located in the Wagram area some 60km west of Vienna, a prominent terrace that was once an ancient shoreline of the Tethys Ocean. Its calcium-rich deposits are now covered by thick glacial layers of aerosol sands and fine chalky particles of loess, which present ideal conditions for wines with pleasant lightness and a mineral touch. Fritsch’s 25 hectares mostly consist of old vines that enjoy not only the prime biodynamic treatment, but also pruning following the methods of acclaimed Swiss firm Simonit & Sirch, which is aimed at vine longevity and used by top estates around the globe. Terrific value – don’t say we didn’t tell you so… 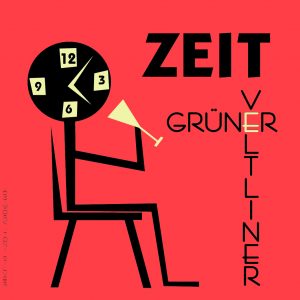 Gruner Veltliner — Back to the top

Making of: the grapes are hand-harvested and macerated on skins for 4 hours, then pressed and spontaneously fermented (both primary and malolactic fermentation) in tanks. After 4 months on its fine lees in stainless steel tanks, the wine is bottled without fining or filtration, with a small addition of sulfur.

Personality: pleasant and versatile! Fruit, flowers, and varietal peppery undertones, lip-smacking acidity: this is the kind of white wine you can enjoy on its own or with a wide array of dishes..

Zweigelt Rosé  — Back to the top 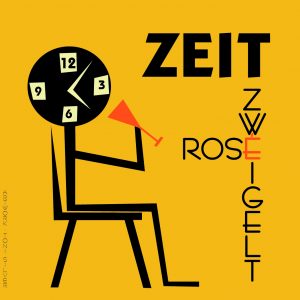 Making of: the grapes are hand-harvested and macerated on skins for 8 hours, then pressed and spontaneously fermented (both primary and malolactic fermentation) in tanks. After 3 months on its fine lees in stainless steel tanks, the wine is bottled without fining or filtration, with a small addition of sulfur.

Personality: light color, fresh plums, and sour cherries on the nose, very light, with pleasant acidity on the palate. A great aperitive wine, enjoyable on its own or with a wide variety of finger food and light dishes.