Management: Organic / Biodynamic, some of them certified. Dry-farmed.

Winemaking: classical – open-top ferments in vats of various sizes and materials, some whole-bunch and carbonic maceration, aging mostly in old oak barrels. Spontaneous fermentation only, no fining or filtration.

You kind of count on meeting some kangaroos in Australia; but the first time it happens for real (no sanctuary, we’re talking real wilderness here), it’s a hilarious feeling. Our first specimen was about 5ft tall and calmly chewing on something despite standing head-to-bumper with a massive Hilux ute early one clear summer morning. Nudged with a honk, the kangaroo eventually turned around and leisurely hopped off, letting us continue on our way to do some vineyard work, wondering if Australia is always this laid-back (and often, it is).

The wines made by Gareth Belton – the man whose driveway up in the Adelaide Hills served as the setting for this marsupial encounter – surely do exude similar ease. Just like their creator, they’re highly likable, generous, on point, fun to spend an evening with while eating a huge plate of lasagna or BBQ and talking until late, as it happened to us more than once during our multiple visits to Beltons’ beautiful Heritage-style house in Basket Range. No wonder that one of the wines is called “Vin de Sofa”, a tongue-in-cheek pun on the French term vin de soif, wine of thirst. (Poking fun at anything or anyone taking itself too seriously is a typical Australian pastime.) Or take Rainbow Juice, a juicy rosé blend of many varietals that may or may not be named after Gareth’s wife and fellow ex-marine biologist Rainbo, a wine that drinks perfectly while dangling your feet into the irresistible salt-water pool next to their property. (Oh, how we love that pool.)

Pleasurable as these blends are, the fullest focus of this South-African-born fan of fine food, Queen and cricket (just Commonwealth things) goes to his Pinot Noirs and Chardonnays, two grapes that Gareth enjoys immensely, mainly in their classical Burgundian incarnations. Similar to this approach, he vinifies all the different Pinot and Chardonnay plots separately, with the best barrels then bottled as single vineyards and the rest blended into pleasurable “Village” wines.

Of course, the Hills ain’t no Cote d’Or, and Gareth is far from claiming such a thing. The temperatures obviously get higher here than in Europe, but, thanks to its altitude, the area is a bit cooler than some other Australian wine regions, and gets a fair bit of rain in winter. Hence, when in the hands of a skilled grower like Gareth, you get lush wines with good acidity, refreshing mineral bite, and distinct personalities. It’s really fun to taste the different slopes one after another: Pinot from Little Creek, a sunny amphitheater dotted with fruit trees and chickens, owned by Beltons’ close friends, has a very generous, spicy flavor profile; Scary Gully, considered one of the best plots in the whole region thanks to its altitude and old vines, yields wines with more density and precision, whereas Picadilly is full of dark fruit joy.

In 2021, there’s a fourth plot coming – a 1.3ha Pinot vineyard in Ashton: “building the Burgundy Down Under one by one”, we joke together. But Gareth’s dedication to finding the best terroirs and respectful viticulture is no laughing matter – he’s one of the few-and-far-between Australian winemakers to actually truly farm his vines, and he goes to great lengths in that. Since starting the winery in 2015, he’s been steadily growing the number of vineyards he cares for (from a tiny, whimsical field-blend starter plot up to the current 11 hectares), and adding more and more talent to his congenial vineyard team, including a consulting top viticulturist Dylan Grigg. There’s also intense communication with local growers, be it for grape purchases and inspiration (like his friend Erin Klein of Ngeringa, an admirable biodynamic farm nearby, where Gareth gets grapes for his succulent Syrah), or trying to shift others towards more natural treatments and less irrigation in order to get higher quality organic fruit with a smaller carbon footprint. This is a truly honest, farming-first, time- and labor-intensive approach (oh my, all that netting… great workout, though), which is based on Gareth’s clear and very legitimate conviction that wines are made in the vineyard, not in the cellar.

This opinion is also reflected in his attitude towards sulfur (which he uses a little of while pre-bottling): “I don’t understand why so much attention is given to the SO2 debate; it’s literally only the last couple of percent of the time I dedicate to the given wine, whose story actually started two years before that with my decision on how to prune that vineyard. This is where the real discussion about natural wine should be for me: looking at the whole timeline of what is in the bottle, not just the final touch. A touch that might at times make it more pleasurable for the consumer – and don’t we all hate faulty wines,” Gareth explains, in line with his creed that he makes wines with “maximum drinkability and enjoyment in mind”.

Mission accomplished, yet the show goes on: we can’t wait to see the future tasty heights of this already-blossoming operation.

Rainbow Juice — Back to the top 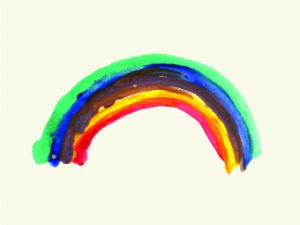 This cuvée is always a blend of various plots that Gentle Folk farms / works with – although the actual proportions vary from year to year, its easy-drinking, “pull out the picnic rugs and head to the beach” vibe is a constant you can count on. Named (or maybe not) after Gareth’s wife, a fellow marine biologist Rainbo.

Gareth on the 2021 vintage: “A bit of a switch up with the wine being predominantly Pinot Gris co-fermented on skins for 6 days with Gewürztraminer. The result is a super aromatic textural delight that holds true to the Rainbow Juice mantra of a skin contact rosé (if that makes sense at all).”

One part of the Sauvignon blanc comes from Summertown: Quartz rubble over siltstone, sandstone and clay, 500m ASL. Planted in 1996, organically farmed by Ian Cottle.

The second part of SB and Chardonnay come from Ashton: Light loamy clay over sandstone with extensive schist and quartz rubble, 500m ASL. Planted in 1996, organically (+ some biodynamic practices) farmed by Gentle Folk themselves

Gewürztraminer comes from Woodside, an organic vineyard tended by Gareth’s friends at Ochota Barrels, who had a welcome surplus this particular vintage.

Making of: Pinot Gris and Gewürztraminer were picked and co-fermented together for six days before being pressed and aged in stainless steel. The Sauvignon blanc and Chardonnay were also fermented on skins for a week before pressings and going into 500L oak puncheons. The wine was blended and bottled unfined and unfiltered in August 2021 with a small amount of sulfur and a tiny 2% addition of Syrah to give it a slight pink blush.

Personality: aromas, texture, perfect pitch of fruit – this ultimate “skin contact” rosé really has it all.

Schist Sauvignon Blanc — Back to the top 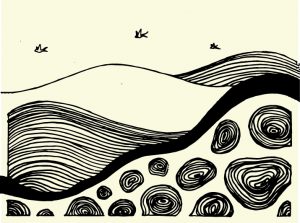 “I have always loved Sauvignon blanc, especially out of the Loire and Austria, but sadly its got bad rap down here, for good reasons though – Australian Sauvignons are generally horrible. Its a pity as there are some very beautiful and old Sauvignon vineyards in the Adelaide Hills (Sauvignon was one of the first varieties planted up here alongside sparkling varieties – Pinot noir/ Meunier and Chardonnay). I was lucky enough to be able to lease a block sitting on schist, southwest facing (cold) at 620m and at 32 years of age on its own roots. We let the fruit ripen fully and picked just as they started showing hints of botrytis. Left on skins for a few days before being pressed and fermented in 500L puncheons (French, neutral). Very happy winemaker.”

Vinification Method: The wine is fermented in 5-year-old 500-liter wooden barrels with ambient yeast. The wine ages in barrel for about 11 months, before it is bottled, unfined and unfiltered.

Vin de Sofa — Back to the top 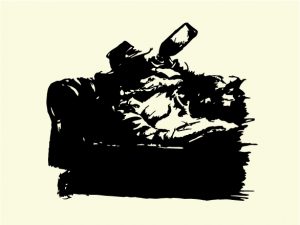 Gareth on the 2021 vintage: “We have been dreaming about making Vin de Sofa out of predominantly Sangiovese for a number of years now and it finally happened! Carbonic for maximum deliciousness; the use of whole bunches also helps to soften out the wine even though we pick the grapes early and with some serious acid. It’s a delicious lip-smacking spicy vibrant little number; if ‘vin de soif’ means easy-drinking, then where better than the couch!”

The Merlot is from Morialta. Quartz rubble over siltstone, sandstone and clay, 420 m ASL. Planted 1990, organically farmed by Ross Christian

Making of: The varieties were fermented separately and blended together after five months of aging. In terms of specific details, the Sangiovese was destemmed and macerated for three weeks before pressing and elevage in stainless steel. The Pinot Noir was 100% whole bunch fermented, pressed after ten days, and aged in a mixture of stainless steel and 225L barriques. The Merlot and Syrah were macerated as 20% whole bunch for two weeks before being pressed into 500L puncheons. The wine was bottled unfined and unfiltered in August 2021 with a small addition of sulfur.

Personality: just look at the drawing on its label – hard to put down until the bottle is done. “Super lively fruit plus the crunch that makes this one so moreish,” Gareth says himself.

Basket Range Merlot — Back to the top 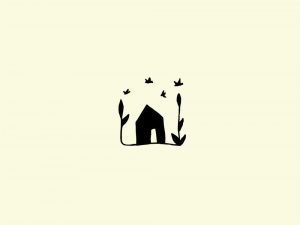 “We have been making Merlot from this block from day one. A mixture of picking just at the point of ripeness and the use of neutral oak results in a beautiful energetic and supple wine that glides across the pallet with the perfect pitch of acidity and earthiness. Merlot from the Adelaide Hills should never be ignored. ”

Village Pinot Noir— Back to the top 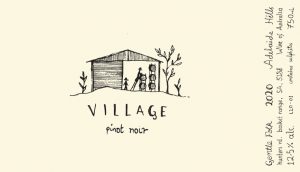 Scary Gully Pinot Noir — Back to the top

Vineyard: Scary Gully, Forest Range, Adelaide Hills. One of the oldest and highest plots in the Hills. 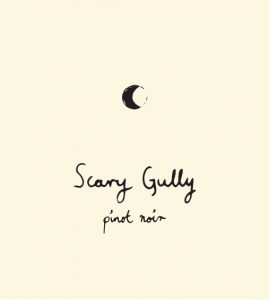 Scary Gully Chardonnay — Back to the top 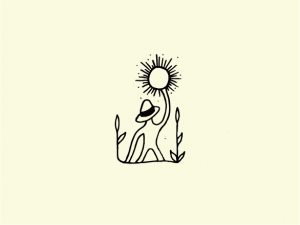 “Perched up high on a south facing slope right up against the forest, the Chardonnay block has the benefit of being protected from the hot Australian northerly sun and winds. This, combined with dry farming, ancient sandstone and quartz soils, has created a wine with super tension and finesse in 2018. In terms of winemaking changes in 2018, we added back a small amount (5%) of hard pressings before fermentation (as opposed to just using the ‘free run’ juice). We also gave the wine a much longer time in barrel (incl a new one!) than we have previously, allowing for the wine to perfectly settle out and integrate.”

Pink Fizz — Back to the top

Pet-nat from Pinot Noir and Chardonnay 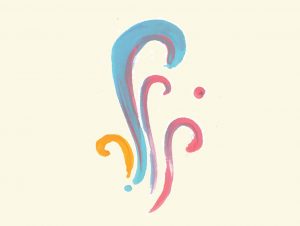 Summertown Sauvignon Blanc — Back to the top 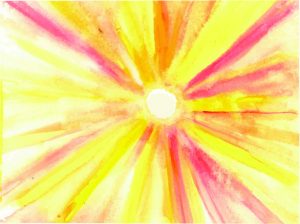 Method: Only on skins for a short time (a mixture between none and four days), yet it still shows that sunshine delicious depth that the vineyard offers.

Personality: In Gareth’s words:  “The northerly aspect allows the fruit to ripen fully and leave behind many of the less desirable Sauvignon characters. It’s a generous and full-bodied wine with great depth and character which still holds a great acid line that we get in Sauvignon blanc grown in cooler sites.”

Picadilly Pinot Noir — Back to the top 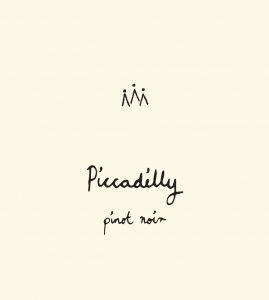 Personality: coiled upon opening with bright acidity and after a quick swirl in the glass, fresh cherries and red currants leap out at you.

Little Creek Pinot Noir — Back to the top 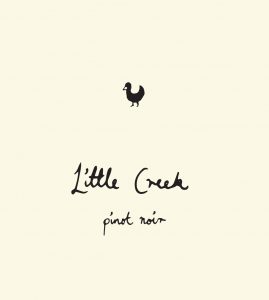 In Gareth’s words: “This has to be one of the most beautiful vineyards in the Adelaide Hills. It’s close-planted, and has been unirrigated for over 20 years.” The bird dotting the label is a tribute to the hens living in the vineyard, a beautiful sun-laden amphitheater close to Gareth’s heart.