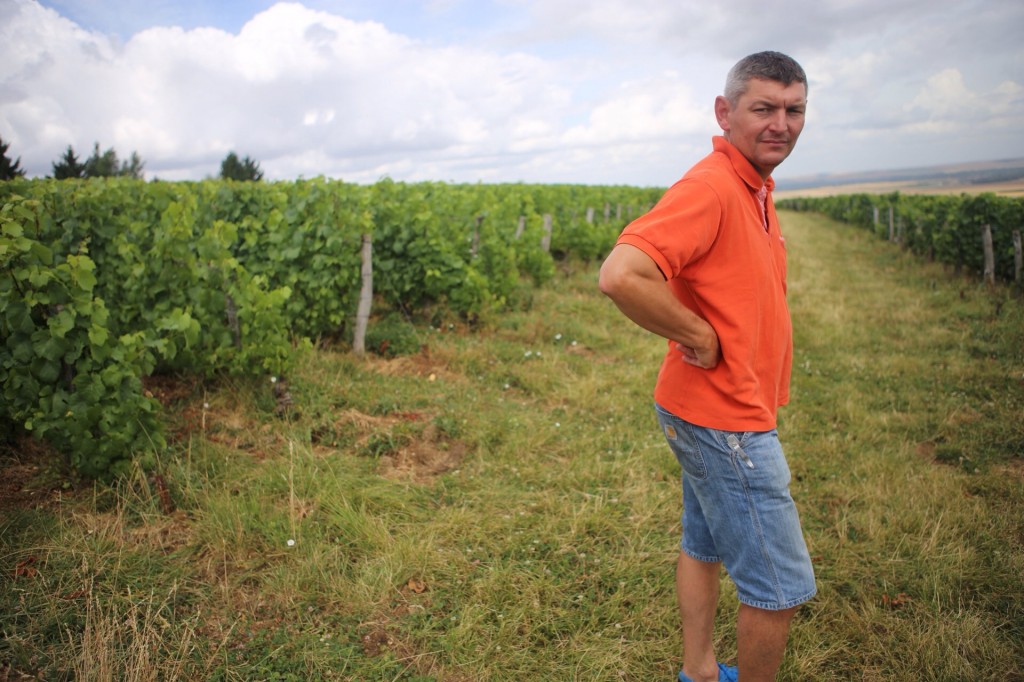 Manu Lassaigne is one of my favorite winemakers of ours to visit. He never fails to impress with his experimental bold style. Every time you sit down with him you learn about a new quirk in the way he makes his wine, that gives you an ever-expanding view into his genius. This year while he was visiting us, I finally got to a point of clarity on how he crafts “le cotet”, a bottling of a single parcel, and how he has had a plan to develop the complexity of this wine by using a solera system that is completely unique, that he developed himself. 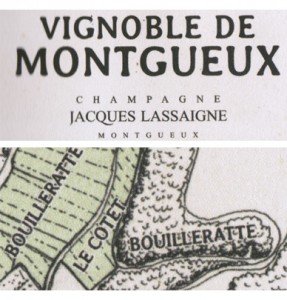 Le Cotet is a single parcel of vines, situated just next to his winery in Montgueux. One of the particular features of this parcel is that features a very shallow amount of topsoil compared to the other plots around it, which is then immediately followed by an intense bed of limestone. Manu made the choice many years ago that this would be a parcel he would showcase individually.

Each year the le cotet grapes are vinified together, mostly in stainless steel tanks and partly in barrel. The current release of le cotet we have is from the base vintage of 2012 grapes, a vintage he said he was very happy with. The level of acidity in Manu’s wines is always through the roof, but in this base year the acidity has crossed from lemon into the lime sphere in what we find to be one of the best versions of this wine we have ever tasted.

This version of le cotet is made of 90% of the base wine 2012, and 10% 2009, 2006, 2004, and 2002 vintages. When you drill down with him to ask a little further about that extra 10%, you discover something amazing. Each vintage, Manu saves some bottles of le cotet, which was fermented first in tank, then transferred to bottle and fermented a second time in the bottle. The bottles sit, undisgorged under crown cap on the lees, until he is ready to use them. Then when the base wine finishes fermentation, he disgorges the old bottles to get rid of the sediment, and pours the wine back into the tank. The combined wine in tank sits for about a month (more than long enough to let the bubbles from the reserve bottles fade) and is then transferred to bottle for secondary fermentation.

These old bottles of le cotet manu throws in tank add an amazing extra level of finesse and complexity, one that continues to become even more complex each time Manu makes the wine. The 2002 bottles of this wine were fermented once in tank, and then a second time in bottle. Then some of that 2002 was put into the 2004 base wine, which had already been fermented once in tank and then again in bottle, adding a third fermentation to the total, and so on with the 2006 and 2007. So there is at least some part of the current le cotet we have that was fermented 7 different times! Manu explained that each additional fermentation adds a certain indescribable finesse to the wine. In addition, these bottles have been sitting on the lees for a very long time, which develops intense caramel and and brioche notes in the wine.

A solera is typically a system of barrels, most noteably known in sherrry making, but also used to make fine aged balsamic vinegar, and in Champagne, Anselme Selosse made this style famous in his “Substance” cuvée. Typically one small barrel contains very very old wine, sherry, or vinegar and a little bit is mixed with newer wine, in a system of gradually increasing barrel sizes, that builds complexity in an exponential way over time. But, to our knowledge, no one ever thought to build a solera out of aged bottles of wine. A more traditional barrel solera system involves a lot of inrtoduction of oxygen into the wine, due to the porous nature of wooden barrels, which adds intense, opulent and rich nutty flavors. But the le cotet wine is instead preserved in pristine condition, with bubbles to protect it and the lees in the bottle to build complexity. This allows le cotet to preserve the intense level of acidity and purity of fruit, while also adding an ever-increasing amount of aged wine complexity and richness.

For me, the last release of le cotet is what really put it over the top. That wine was 90% 2010 vintage, plus 10% of 2007, 2005, and 2002. I always used to personally prefer la colline inspirée, which is entirely barrel fermented and aged, and is sumptuously toasty as a result of all the exchange with oxygen the barrel offers the wine. I always enjoyed le cotet on it’s own, but when I tasted it next to the colline, colline always won out. Now all of the sudden with the last release I found myself completely bowled over by the complexity going on inside le cotet. This makes sense to me, as the this was the first move to three older vintages of solera-bottled wine. Now, with the current release, we are working with a wine that has 4 older solera-bottled vintages in it, and the complexity has taken another jump up. Just imagine the complexity this wine can reach in another 10-15 years, when there is part of the wine that has been fermented 10 or more times!