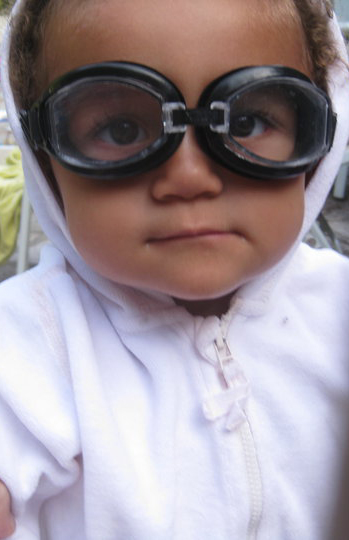 This is part 1 of the interview and part 2 will be featured next week.

Can you tell us about your background a little bit?

I’m from Burgundy. When I was younger I would drink wine, but didn’t really know anything about what I was drinking. When I came to the city, my first job was at le Bateau Ivre on 51st between 2nd and 3rd, where I was bartending. It was a very small bistro, serving only French wines. We had about 250 wines, 100 of them by the glass. I would get a ticket for an order, and I didn’t know anything about the wine, what region it was from or anything. So I kept learning about the wines, without really drinking them though, just learning about the regions and the process and everything. So I really started knowing more about wines from being in New York than in France.

Tell me how you got into natural wines?

I had met François [Ecot] at a tasting once. He was showing his portfolio, and at that point, I thought the prices were all too high! I didn’t know anything about wine at that point. I really got into natural wines later because of Arnaud and Jorge, the guys who opened 360 restaurant. When I met them 360 was not yet open.  They started making me taste things I wasn’t understanding, these natural wines. I kept going, then they opened 360, and I was going there pretty much once a week.

It was a restaurant that Arnaud owned, in Red Hook, opened a long time ago, and it was all natural wines. The menu changed daily, with just 3 starters and 3 main courses every day for 25 bucks. They used top shelf ingredients and crazy good wine, everything was very well priced. I was working at le Pere Pinard at that point, a French bistro on Ludlow between Houston and Stanton.

One day at 360 I had a bottle of Bourgueil from Pierre Breton and I remember Jorge telling me, you’re going to try some wine, and it smells like gasoline!  I smelled it and it did smell like gasoline, but the taste was just crazy and amazing, and that wine turned me around and flipped me over to natural wines. That was about 6 or 7 years ago.

I started to bring in some natural to le Pere Pinard. The first two wines were from Stephane Majeune from Auvergne, his Mauvaises Herbes, and le Patapon from Christian Chaussard, the 04 vintage. Those were the very first wines, and I found them quite easy to sell [editor’s note: both imported by Jenny & François at the time]. Then I put a couple more, then five more, and at the end Pere Pinard was I would say 80-90 percent natural out of around 70 wines.

How did that go?

The transition was a little rough. Up to that time I was buying wines I didn’t really care about, I was just selling them to make money. So it was a huge list of Bordeaux and some Burgundy, but the list looked good, and I was making shitloads of money. I was sometimes buying Bordeaux for like $4/bottle and then selling them for $40 and everybody was jumping on it! But then I switched, because I was really convinced that natural wines were the wines I loved. At that point I personally started drinking more wine also.

What made you switch?

I liked the taste better. It took about a year of tasting those wines. Each time I was trying to understand what the story was behind it, why it was like that. And I really started to change, in knowing how the wine was made, and the story of the vineyards, and the winemaker.

Over the years, things have evolved. With experience, you learn that natural wine doesn’t have to smell like the ass of a cow, that you can have very clean, complex, straight wines. Some wines that I liked at the beginning, I didn’t like them anymore, because the job of the winemaker wasn’t done that well.

Was it you that changed? Or the wines? Or both?

I think both. Some winemakers got better, for sure. And my taste got a little bit more precise, a little more picky. And because of that, the winemakers had to make an effort to make cleaner wines. And I think that’s good for everyone, that’s a very regular evolution.

So what happened with Pere Pinard?

It closed about a year and a half ago, because it was the end of the lease. Before then Fabrice, the owner, had asked me if I wanted to do something together. Right away I knew I wanted to do a natural wine bar, so we started looking for locations. We found the spot on Broome, and that was it.

So where did you get the idea to open a natural wine bar?

It was just a really big focus for me, the natural wines, and I was kind of pissed off that I had to go all the way to 360 in Brooklyn to find those wines. I really wanted to have a wine bar, because we didn’t want to have a restaurant anymore, with the whole kitchen and all that stuff. So the idea was to have a wine bar with just a bit of tapas, very small amount of people working, much easier to manage.

Were you trying to do anything you had seen in Paris or France?

I would have loved to do something like le Verre Volé, for instance, but unfortunately the New York laws don’t allow for retail and on-premise in the same spot, so we had to just do the bar, with a little food. We wanted to find very good ingredients as well. The idea of 10 Bells was if I want to go out, that’s the place I want to go, because I like the food and the wine. So we built it not according to what we thought people would look for, but according to what we liked.

How did that go in the beginning?

It went well. Right away we had people from the neighborhood. Some people knew us from Pere Pinard. But then some other people as well. And quite a few people that were in the business, that knew about natural wine. They knew we were opening, and early on we had quite a few of those people.

How did you pick the menu?

We had a chef that was from Spain, so we did a tapas style thing. We picked the menu according to our set up. We had no gas, just an induction burner and a toaster oven, and a small convection oven. We were thinking of trying to get some space to put a kitchen together, to have more choice, but it’s unfortunately not do-able, due to zoning limitations.

Is it harder to make a profit when you have a kitchen?

I don’t think it’s harder. According to the ingredients that we get, we don’t make a lot of money on our food here. The food cost is pretty high. A full kitchen would allow us to rotate more specials and have more dishes on the menu. The focus right now is on every dish being great. In the beginning we were using some premade things, and some of them weren’t so good, so we got rid of them. I wish I could be more creative with it. I’d love to serve some bone marrow for example, but for that you need a plancha. Maybe one day we’ll do a second bar, and call it 11 Bells or something, with a bigger kitchen. That was the plan at the beginning.

What does it mean for you to be a wine bar and not a restaurant?

The difference for me is that with the wines I put on the list at a wine bar, I’m thinking more about what wines will taste like by themselves, as opposed to how they’ll taste with food. The idea is more to have vins de soif. You can come and have a glass of this and a glass of that, and if you want to have something to munch on, we have that, but that’s not the focus.

How did you pick your glasses?

I never really liked here in New York that people use those huge glasses, and then you get only 4 pours out of a bottle. I don’t like drinking out of the big glasses. I would love to have Spieglau glasses, but we break way too many. And also because our space is so small, those glasses work better. It’s a little less of a topic now, but people used to talk about not liking them a lot. In the beginning the idea was to have smaller pours, and charge less. That way people could come in and try lots of different wines, and then you’re not sitting there stuck with this enormous glass for a half hour. That’s really the way it is in France, you know, the pours are much smaller. We were supposed to do 6 glasses out of a bottle. Now we are back to 5, which is more average over here. We changed because people who worked at 10 bells were over-pouring all the time, and the prices were too low for that.

Stay tuned for part 2 next week…