We met John Keller in the parking lot at Third Coast Soif when he first getting started and were instantly blown away by how unique and natural his wines tasted. John used to be a winemaker at Ravenswood in CA but couldn’t stand the industrial winemaking so he quit and started the Neu Cellars project with his Dad. Neu in German means new, fresh, or young and all his fruit hails from the Old Mission Peninsula. In the cellar, everything is fermented spontaneously and there are zero additions or subtractions. If there was an ingredient list on the label, it would read simply– grapes.

Michigan Agriculture is the second most diverse in the nation next to, of course, California. There are 112 operating wineries in Michigan and the wine scene dates back to the 1800s. Like other regions in the US, prohibition set back the wine industry there and for a long time most of the grapes grown went to the production of grape juice like Welch’s.

The Great Lakes, specifically Lake Michigan make the difference for growing here. The giant lake tempers the air along shoreline regions, protecting fall crops from harsh, early frosts, and preventing spring crops from blooming too early. Lake effect snow is important too, as it insulates vines from extremely cold temperatures. Also, the state runs between 41st-47th parallels with a lot of vineyards on or near the 45th. Most vineyards are planted either in the south across the lake from Chicago called the Lake Michigan Shore region, or in the north on Leelanau Peninsula and Old Mission Peninsula…like Neu Cellars! It’s definitely a cool climate wine region, similar to the wine regions of Germany in grapes and style with some native grapes similar to upstate NY.

Chichi — Back to the top 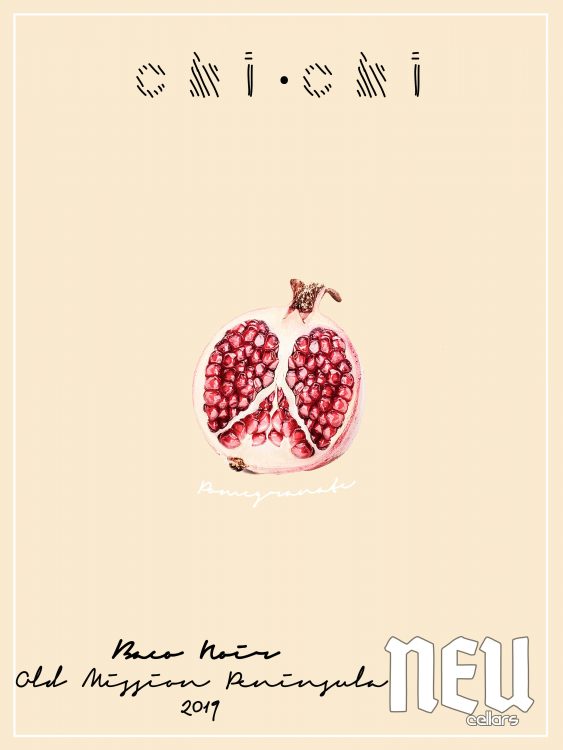 Vinification Method: The 30-year old vines of Baco Noir were picked in early October. Last year was an extremely light yield. 90% of the clusters were placed directly into a stainless steel tank. The remaining 10% was lightly foot trod and poured on top of the whole-clusters. The tank was sealed and underwent partial carbonic maceration for 2 weeks. The must was then pressed and allowed to age in stainless tank for 6 months. The wine was bottled in mid-April and bottle aged for 2 additional months.

Splash — Back to the top 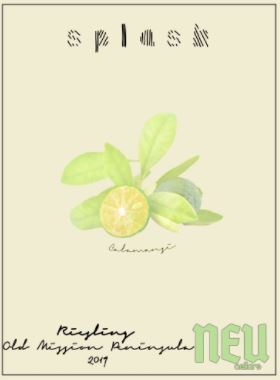 Vinification Method: The Riesling was picked in late October, where it was 50% direct press and 50% foot trod and pressed. It completed primary fermentation in neutral oak over 2 months. Primary fermentation took place in an ambient environment, so it was heavily slowed while maintaining a lean freshness. The wine did not undergo any stirring of the lees. It aged on the lees for 5 months. In mid-April, the wine was racked, bottled, and allowed to bottle age for an additional 2 months.

Ripper — Back to the top 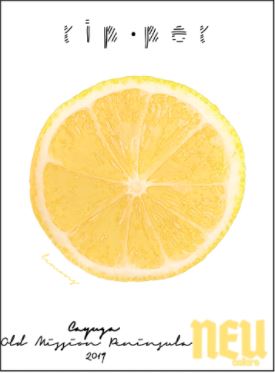 Vinification Method: The Cayuga was picked, lightly foot trod, and pressed with stems into neutral oak barrels in early October, where it completed primary fermentation within 3 weeks. Freshly pressed Riesling was added liqueur de tirage during bottling. The wine was then bottle aged for 5.5 months on the lees before it was hand disgorged in mid-April.

Collective — Back to the top 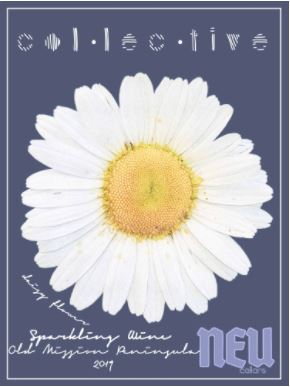 Vinification Method: The Baco Noir, Cayuga, and Riesling were picked in early October. They were foot trod collectively and allowed to sit on the skins for 12 hours before pressing. The resulting juice was placed in neutral oak, where it underwent a 3 week primary fermentation. At this point, freshly pressed Riesling was added. 2 weeks later, the blend was sugar-dry for a second time. At this stage, newly pressed Riesling was added as liqueur de tirage. The wine was bottle aged on the lees for 6 months prior to disgorging by hand.