Corinna, Valentio, and their son Beniamino had an architecture and town planning consultancy in Milan before purchasing almost 9 hectares of land, which included a small vineyard and a few olive trees in Maremma that they hoped would become a retreat for their retirement. After four years of traveling between Milan and the farm, they decided to move to the farm permanently in 1992, as a change in their lifestyle. Il Cerchio is located on a reasonably flat area between the village of Capalbio and the sea, 60 km south of Grosseto in Tuscany.

The choice of organic methods of production was made from the very birth of the enterprise in 1988, in the conviction that having respect for the environment and health of consumer and producer are fundamental concepts on which to build on and give to a future not only dedicated to agriculture but to the entire ecosystem. 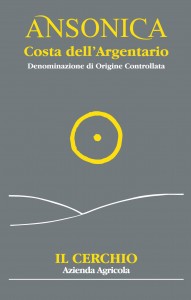 Vinification Method: Fermented without maceration at 16°C exclusively in small steel vats (10-30 hl). Bottled after a short maturation of a few months in the winery.

Tasting Note: Intense yellow-straw color with a slightly fruity characteristic bouquet. Flavors that are full, dry, smooth, lively and harmonious can be found with a notable persistence.

Pairing: Suitable for fish dishes, in particular those with a full flavour. It is also a good accompaniment to roast meats, cheeses, and even with vegetables that are difficult to match, such as artichokes. 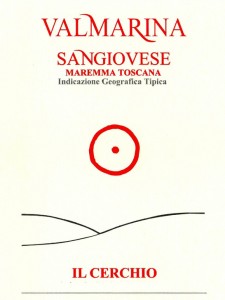 Vinification Method: Traditional fermentation with a long maceration at 28°C in small steel vats (10-25 hl). Bottled after a few months of maturation in the winery with natural completion of malolactic fermentation followed by a number of months aging in the bottle.