The Fruits of One Man’s Labor for Savoriness

Vineyard area: variable. A mix of a leased vineyard, long-term fruit agreements, and random lucky opportunities in Adelaide Hills and the nearby Barossa Valley

Soil: deep sand over clay in the Barossa Valley, mix of clay loams with either schist or sandstone, streaks of quartz and ironstone in the Adelaide Hills

Winemaking: fermentation in 1650l open wooden vats made from very old jarrah, a native hardwood, usually with some whole bunch for the reds. Aging in old French barrels of various ages and sizes. Spontaneous fermentation only, no fining and no filtration.

The GPS doesn’t recognize the address, there’s no phone reception and we’re running late; the perfect setting when looking for a winemaker in the wilderness of the Adelaide Hills. Luckily, after a couple of bad turns on the long dirt roads leading to odd places, and a successful attempt at not-running-over some highly vocal neighbors’ dogs, our trustworthy rental Toyota finally arrives at the Commune of Buttons shed, part of which shelters the current Les Fruits production.

It’s a pleasant spot surrounded by forest and a small vineyard — quite a nice place to work until Tim Stock (who was washing barrels to get them ready for the harvest as we pull in) finds a bigger place of his own. Right now, Les Fruits is a one-man operation, existing as a labor-of-love side-project to Tim’s main occupation: a nearly 20-year-old import company that brings mostly Georgian and French wines to Australia. Having worked with the wines for so long and helping with many a harvest in France ignited Tim’s own winemaking passion a couple of years ago; knowing good growers and the potential of Barossa Valley and the Adelaide Hills, the prime wine spots in South Australia where he sources his fruit, Tim was able to turn the spark into a boutique production.

“The Barossa is blessed with a wealth of old vines, as the Languedoc is, but I can’t help but feel the ripe fruited styles that made it famous have very little soil transfer character. Whereas the Languedoc wines are unmistakably marked by their place, something that I set out to make here as well,” Tim says about his inspirations, reflected also in the name of the winery and the wines. This quest for a more savory, less cooked-fruit flavor profile is helped by working with skilled growers like Wayne Ahrens of Smallfry winery, a local biodynamic legend. His old vines of Grenache, Cinsault, and other Mediterranean varieties thrive in the sandy Barossa soil and provide Tim with fruit for part of his production.

Another part comes from various spots in the Adelaide Hills, the pioneering region of natural winemaking in Australia which still remains its hotbed, with estates like Gentle Folk, Lucy Margaux, or the late (and deeply missed) Taras Ochota putting it firmly on the winemaking map. It’s a place of rare natural beauty and compelling community spirit, especially during the harvest, when people from all around the globe flock in to help with the vintage; no wonder Tim’s plans are to move here full-time. (Although Sydney, where his business and family are based, is a pretty decent spot as well. Shout out to its beautifully lively natural wine scene; a sip of Les Fruits’ vibrant wine in one of Sydney’s bars is what stood at the beginning of this coop. Fewer koalas there, tho.)

The charming labels of Les Fruits wines – woodcuts by young Japanese artist Ryota Yamashita – reflect this double sourcing, depicting either the hilly character of Basket Range or the iron-rich Barossa Valley. The grapes from both are hand-harvested and mostly fermented in big open wooden vats made from very old jarrah, a native hardwood of intense dark red color. The wines then age mostly in 7 to 15-year-old French barrels ranging from 225l to 1100l, but mostly 300l hogsheads. “I try to avoid plastic or steel for fermentation or aging, but do have to use them from time to time,” Tim acknowledges the reality of first-generation winemaking in a coveted area. He does use small steel tanks for resting the wines prior to bottling, as these couple of weeks allow for natural stabilization and processing sulfur that Tim adds during this one and only racking. “I believe that adding SO2 in this earlier stage works best for me, influencing the wines less than doing it later during bottling. And some cuvées are bottled without, depending on the feeling.”

Having tasted both Tim’s finished wines and barrel samples, we can assure you that the feeling is generally very good; we’re quite happy with this boutique discovery and the fact that Jenny & Francois is one of the very first importers to smuggle this fruit of terroir passion outside its native Australia. 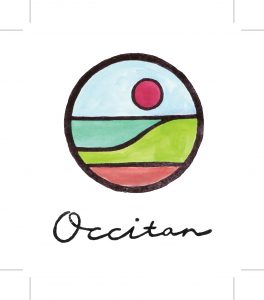 This red blend style and name are inspired by Tim’s passion for Mediterranean wines: “Brisk acidity, fine raspy whole bunch tannins, a thick texture and rich flavors down the back of the throat. The dark fruit is really a background vibe with savory-sweet leather, earth, dried thyme, and rosemary stalk notes dominating. Proof that we can grow and make wines that talk of their terroir in the European sense?”

Vineyard: Wayne Ahrens’ Vine Vale block in the eastern Barossa, certified biodynamic. Relatively flat with consistent deep sand over clay soil. The age of the vines ranges from 90 years (possibly up to 140, Wayne says) for the Mourvèdre, approximately 50 years for Syrah and Grenache, and 10 years for the Carignan. Or, so-called Carignan, now thought to actually be the Portuguese variety Bonverdo.

Winemaking: All grapes were hand-harvested. Three ferments – the Syrah was 50% whole bunch 50% hand destemmed, the “Carignan” underwent a 100% carbonic (whole bunch), the Grenache and Mourvèdre co-fermented. Foot treading then gentle hand plunging. Syrah and Carignan pressed before dryness. Aged in a range of barrels, all old neutral French, including ‘Ol’ Stony’, a 70+-year-old reconditioned 1100 barrel from the now-demolished Stonyfell winery. Racked to tank, lightly sulfured. Refrigerated until bottling in late February.

Personality: Garrigue look-a-like notes – dried mint, thyme, and pine sap, outlined by some ripe black fruits. The palate continues this theme adding in the characteristic saltiness of this site. Bold yet crunchy and drinkable. 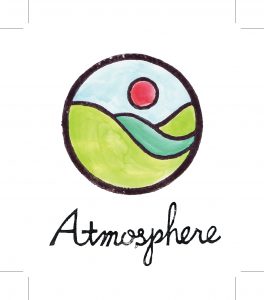 Vineyard: Back block of Scary Gully, a high-altitude site around 550m. Soil is red-brown loamy clay over sandstone with schist and quartz gravel. Organic farming.

Winery: Grapes harvested manually into small crates. Part of them was 100% destemmed, and another 2/3 fermented as whole bunch in the classic tri-layer “Burgundy sandwich”. Pressed directly to old neutral 225l and 300l French oak barrels. Racked to a small stainless tank in January, 20ppm SO2 was added, refrigerated until bottling without further sulfur addition, in February of the following year.

Personality: The Scary Gully is one of the most distinctive spots in the Hills, as shown in this wine. Vibrant with cherry, raspberry, and cranberry, striking a more serious savory note along with fine tannins and velvety rich texture. There’s umami touch, there’s a good length, something bright, something dark, definitely something to meditate on.