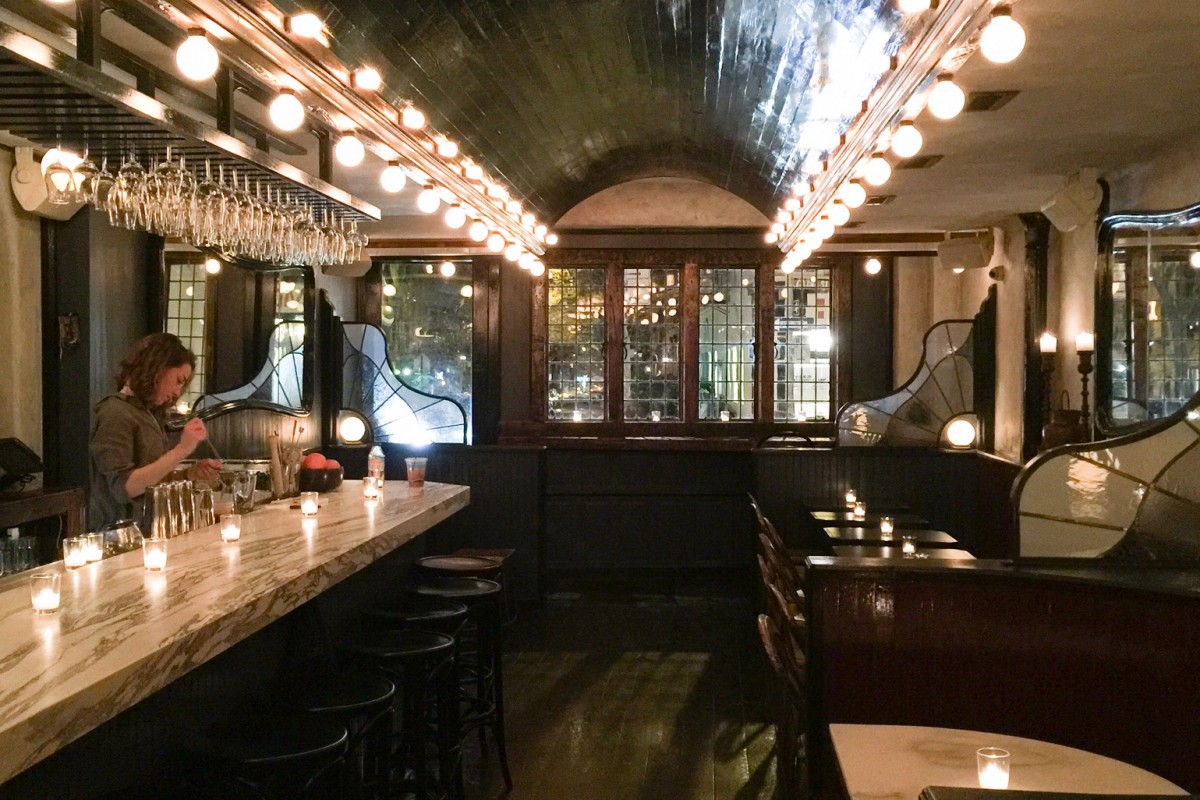 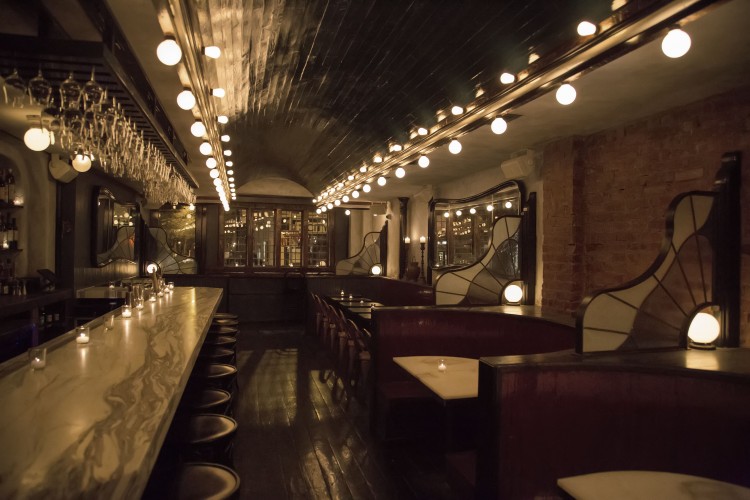 As much as the natural wine scene has exploded in the past 10 years in New York, reflecting the culture and passion for this juice in Paris, there are still few bars and restaurants that focus solely on natural wine. June Wine Bar, which opened in January of this year, is one of the few places in NY that boasts an all-natural list. June is successfully pouring things like Costadila 280, a sparkling orange wine from Italy. This, along with other unique selections has piqued the interest of curious drinkers and wine geeks alike from the five boroughs. Places like June, along with Reynard, Ten Bells, and Contra are proof that it is possible to go “all natural” in NYC and have success. 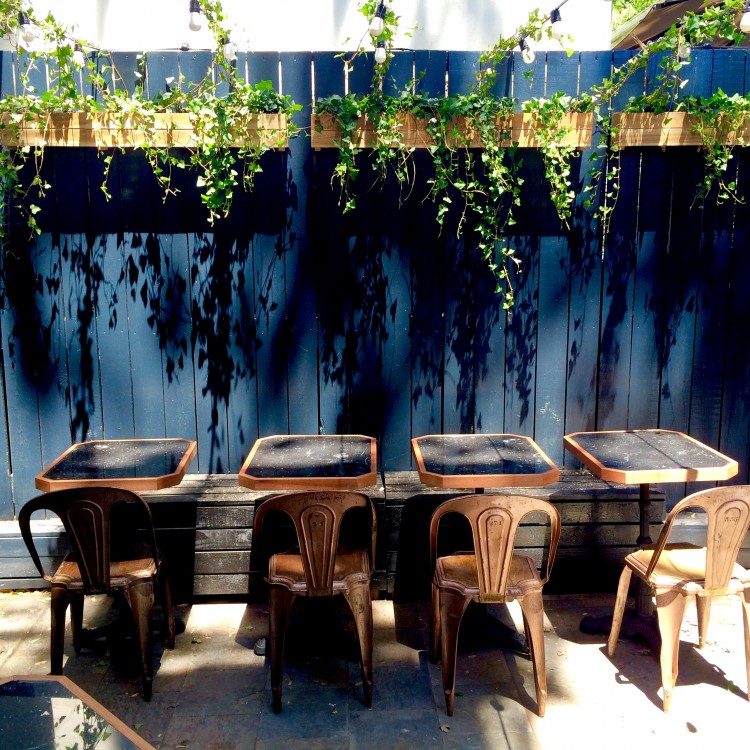 June was born when business partners Tom Kearney and Henry Rich joined forces and brought their idea of a natural wine bar to life – both men bringing unique backgrounds to the table, each with more than 20 years of restaurant experience. Henry, who owns and operates Rucola in Boerum Hill and Fitzcarraldo in Bushwick, had a very good sense of what would succeed in this space in Cobble Hill. When he mentioned a natural wine bar, Tom knew he was in. 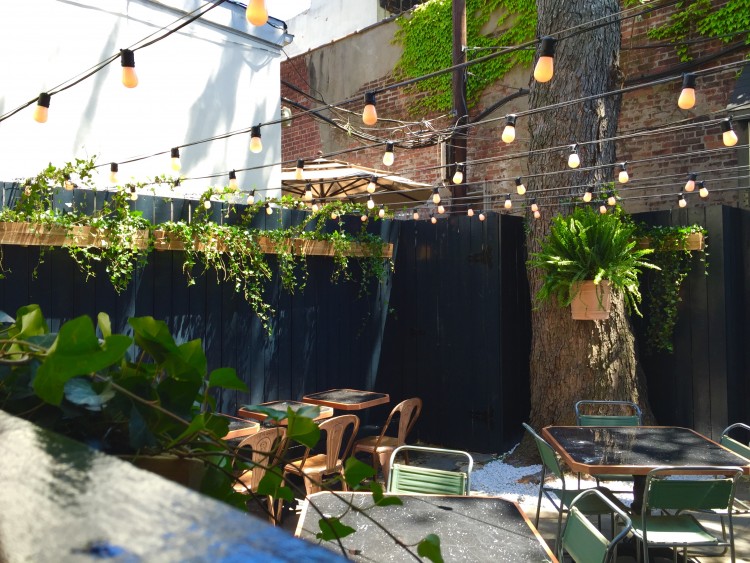 While opening the restaurant Sweetwater in Williamsburg, Tom, who has a chef’s background, was introduced to some of his first natural wines by bartender Sean Kranik, who was also working at Uva Wine Shop at the time. Afterward, he attended some Jenny & François portfolio tastings and caught the wine bug. Tom took his interest in wine and decided to work for Garnet Wine & Spirits, a retail shop, in order to learn from the ground up. It was a humble choice for someone already established in the restaurant industry but hungry for more wine knowledge. He later opened the Farm on Adderley in Ditmas Park where he has hosted an all-natural wine list since they opened in 2006. “Jenny has been great with bringing me along with her and the crew to connect with winemakers in Europe over the years.” says Tom. 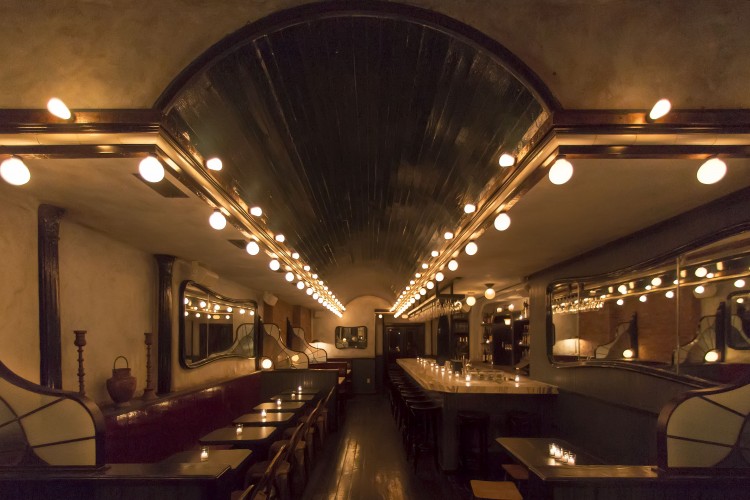 After working in high-end places like the River Cafe, Jean-Georges and Blue Hill, Tom wanted a more casual environment and followed the migration that was beginning across the bridge to Brooklyn. The concept of June, while inhabiting a beautiful and unique space, was to focus on the wine without the pressure to eat, but to still offer delicious food from traceable, sustainable sources. “The bar is the prominent feature – a bit like a stage, and there is an emphasis on tasting.” While Tom says they’re passionate about all of the wines they sell, he’s particularly excited about discoveries from Partida Creus from Penedès, Spain, Franz Strohmeier from Austria, Eminence Road from the Finger Lakes, and Olivier Cousin from the Loire Valley. With his dedication to the importance of good ingredients at the Farm on Adderley, you can expect the same quality in his small plates at June where he serves up some beautiful dishes with seasonal vegetables like summer squash, white eggplant, and kale while still serving some classic wine bar snacks like chicken liver and a ham board. “I feel like it’s a natural transition to make choices about the wines we sell with the same criteria in mind. We are interested in winemakers who farm organically, maintain a diverse ecosystem, produce in quantities that are traceable and eschew technological manipulation in the cellar.” 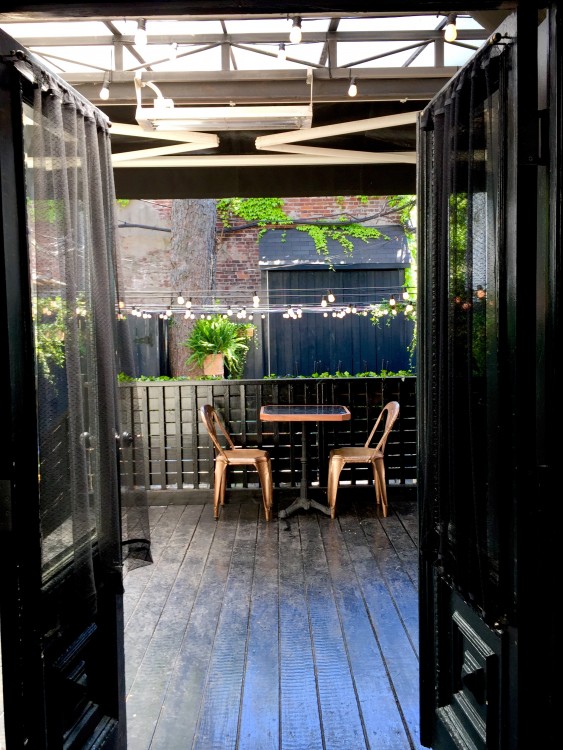 After a few trips to June it was evident to me that the staff was educated and passionate about their list, and well versed on the wine. Tom says, “It starts with educating them about how commercial wine is made. I think the average person is mostly unaware of what goes into making a commercial wine. The use of spinning cones, reverse osmosis, enological enzymes, oak powder, grape extracts, catalogue yeasts; most of the staff seems sort of shocked that this is done at all. Consuming something that is free of this kind of manipulation is a lot more attractive to the average person. I think we’re living in a time where overwhelmingly we distrust these large profit-driven paradigms that aim to maximize efficiency at the expense of quality.” 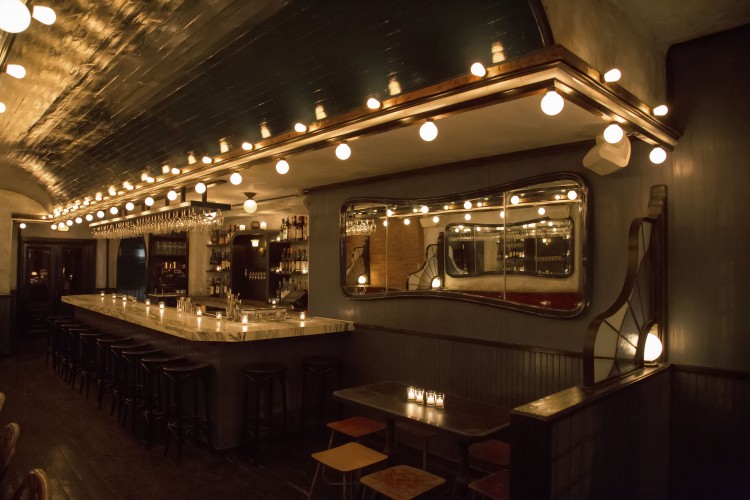 The experience at June is truly exceptional. The ambience emulates a Parisian bar from the 1920’s; the beautiful design somehow fuses cozy with glamorous and brings a staff that is friendly and knowledgable. They often invite winemakers for an evening to chat with customers in a casual setting while featuring their wines by the glass to encourage tasting everything. Nick Gorevic, a wine rep for J&F is also a consultant for the list at June and has built an amazing selection. From interesting Moravian wines (Czech Republic), to the gorgeous wines from Hervé Souhaut and unique Australian wines from Domaine Lucci, he listens to the feedback from customers and the list is invariably evolving. He was pleased to learn that people were requesting even more distinctive selections like orange wines and whites from Jura. Still, you don’t have to be a wine professional or even have wine knowledge to enjoy an experience at June – just find a spot at the bar and you’ll be met with unpretentious recommendations. We know we will keep coming back to discover new gems on the list, taste, learn, and simply to spend time in a place that promises a lovely evening.